“The approval by the ANSM to carry out the Phase 2 clinical study in patients suffering from bulbar-onset ALS with IFB-088 in combination with riluzole is an important step toward developing a new treatment to potentially slow progression of this devastating disease,” said Anne Visbecq, MD, Chief Medical Officer of InFlectis BioScience.

About the clinical trial

IFB-088 will be administrated orally two times a day (morning and evening uptakes) during six months in combination with riluzole, an approved drug for treating ALS in Europe. Safety will be monitored over the course of the study by a data and safety monitoring board. A minimum of 42 patients will be recruited, 28 receiving IFB-088 and 14 receiving placebo. The study principal objectives consist of assessing the safety of IFB-088 in patients with bulbar-onset ALS, and its efficacy at 50 mg/day plus riluzole 100 mg/day versus placebo plus riluzole 100 mg/day over a 6-month period.

This Phase 2 study will be conducted in France and Italy. InFlectis submitted the Clinical Trials Application (CTA) to the Italian Medicines Agency (AIFA) and is awaiting the approval.

IFB-088 safety has been tested in a Phase 1 clinical trial in 72 healthy volunteers. This randomized, double-blind, placebo-controlled, single- and multiple-dose (SAD and MAD) escalation study demonstrated that administration of IFB-088 was safe and well tolerated in adult male volunteers. No serious adverse events, dose-limiting toxicities, or clinically significant abnormalities were observed in 6 SAD cohorts of 8 subjects, with IFB-088 given orally as single doses ranging from 2.5 mg to 60 mg/day, and in 3 MAD cohorts of 8 subjects, with IFB-088 given orally at doses ranging from 15 to 50 mg/day for 14 consecutive days.

IFB-088 is a first-in-class orally available small molecule drug candidate with a validated mechanism of action and a promising pharmacokinetic profile for targeting the central and peripheral nervous system. IFB-088 acts on the ISR by targeting the stress-induced PPP1R15A/PP1c phosphatase complex and regulating the protein translation rate in stressed cells to a level manageable by available cellular proteins that assist in protein folding. IFB-088 is strikingly specific for stressed cells, avoiding persistent inhibition of protein synthesis in normal, non-stressed cells.

ALS is a neurological disease characterized by degeneration of upper and lower motoneurons leading to muscle weakness and subsequent paralysis. Motoneurons are affected progressively impairing actions such as walking, eating, talking and breathing, with death typically occurring within 2 to 4 years of symptom onset. Currently, there is only one available drug in Europe, riluzole. ALS can be divided into 2 forms depending on the type of first symptoms, namely spinal- and bulbar-onset diseases, the latter being characterised by difficulties in swallowing, chewing, and speaking, a more rapid evolution and a poorer prognosis. It has been demonstrated that targeting the unfolded protein response (UPR) pathway, a part of ISR, in particular the PPP1R15A/PP1c phosphatase complex could be beneficial to ALS patients. A PPP1R15A/PP1c phosphatase complex inhibitor, guanabenz, has been investigated in an academic exploratory Phase 2 study in ALS patients. It showed encouraging results, especially in patients with bulbar-onset ALS. However, the incidence of hypotension in this study discouraged further development in this indication. A similar efficacy is expected for IFB-088 without hypotensive effects.

InFlectis BioScience is a France-based clinical stage company developing first-in-class therapies for neuromuscular diseases. InFlectis BioSciences' therapies are designed to boost a cellular command center - called the Integrated Stress Response - that ensures healthy levels of proteins and protein structures. Excessive and prolonged cellular stress can overwhelm this command center, resulting in the loss of functional cells and onset or progression of neuromuscular diseases. The Company's compounds are designed to keep this command center operating and to prevent downstream effects that lead to disease. 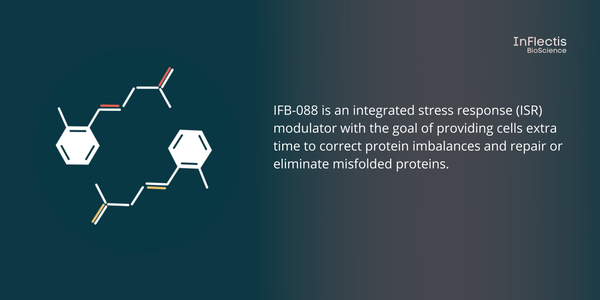 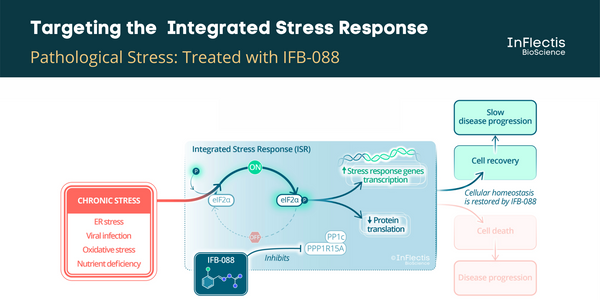 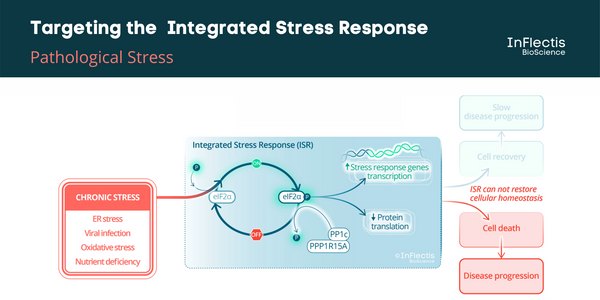 Anne joined the pharmaceutical industry in 1997 and worked as medical advisor in infectious diseases and endocrinology. She then became the head of medical group in an international company (Pharmacia & Upjohn), managing 6 therapeutic areas. She also gained marketing and communication experience to broader her knowledge and better understand the global functioning of pharmaceutical industry and the interactions between departments (Pfizer). Her last position was medical director at Keocyt a company specialized in oncology and neurology. She had to deal with clinical trials, relationships with opinion leaders, business development and procedures of Marketing Authorization. In her professional pathway, she has been employed in very small companies as well as big pharma.

Meanwhile, she has been consultant in medical affairs for years. Thanks to this extensive and diversified experience, her expertise ranges from drug development to launch. 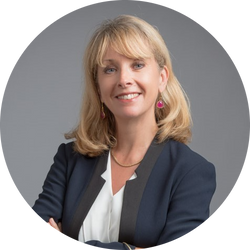